Have you ever wondered how Standards are developed, and the process behind them? If so, then you’ll probably be aware that it takes time, patience, and lots of consideration (as all worthwhile things do!).

When approaching something as important as producing an international standard, it is critical to secure a framework that you trust will support you going forward. As part of Work Package 5 (Standards, Audit and Regulation), Age Check Certification Scheme were tasked with preparing a Common Standards Framework to ETSI drafting protocols, with a view to the euCONSENT project being capable of gaining ETSI or ISO Standard status during the post-project implementation phase. After discussion with ETSI (European Telecommunications Standards Institute) and BSI (The British Standards Institution), it was suggested that the drafting be done to the ISO drafting protocols instead.

As a result of this, the Project Team submitted a proposal to the Working Group of ISO to develop a Working Draft of an International Standard for Age Assurance Systems. This builds on the Common Vocabulary crafted at the start of the project, where these shared terms continue to be relevant, and have now been incorporated into the normative references and definitions of the draft ISO Standard.

As part of this process, the ISO Working Group included a Call for Contributions from the ISO Standards Development Community, very much highlighting the need for collaboration and securing a common view. The valuable feedback from the ISO Community then led to a Disposition of Comments, where a number of actions were proposed to move the process forward.

The Working Draft status means there is now plenty of opportunity to contribute to improving the draft for the next stage, which will be the Committee Draft. This is promising, and a really exciting milestone for the euCONSENT project. We are looking forward to continuing this work as the project progresses – watch this space! 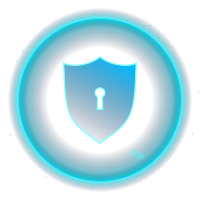 Do you want to be informed with the progress of euConsent or other related news?

Thank you for subscribing. A email was sent to confirm your email address. Please check also spam folder.